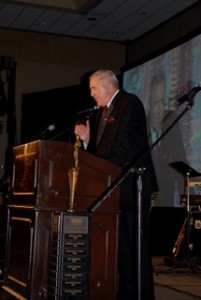 The Nice Guys, an organization that has worked quietly to serve the San Diego community since 1979, found that a new need arose in April of 2003.  With a large number of Military personnel in the San Diego community and an increasing number of wounded Marines and Sailors returning from overseas battles, thanks to a generous donation from the Bob Baker Foundation and personal donations from individual Nice Guys members, the Nice Guys established a special fund called the Victory Fund.  The Victory Fund provides aid and support to wounded military and their families by assisting them with expenditures that may be beyond the scope of military assistance or the timing of benefits.

The Victory Fund has helped families with handicap adaptive home modification and adaptive sports equipment as well as adaptive vehicles.  The Victory Fund is for those needs that may have fallen through the cracks, to give our injured military and their families a “hand up”.

The Nice Guys Victory Fund has been very involved with replacing the cottages at San Onofre Beach at Camp Pendleton.  Previous cottages were actually old FEMA trailers that were beyond repair.  Those cottages were replaced with manufactured homes that are handicap friendly and built to last.  The 13 fully furnished beach cottages at Camp Pendleton are available for short term rental with priority given to injured military for a well deserved respite. Two of the cottages are dedicated to Nice Guys members, one in honor of Col. Jim Williams, an accomplished Marine pilot who served in World War ll, Korean War and Vietnam War.  Another is in honor of Col. Jack Kelly, a Marine infantry officer in Vietnam who was a commanding officer of 3rd Battalion, 5th Marine Regiment. 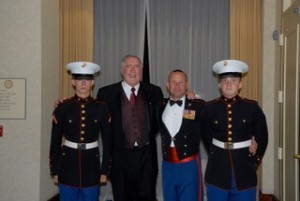 Marine Family Christmas Fund is another special program which has evolved and grown within the Victory Fund.  In the late 1980’s, a group of Nice Guys members decided to assemble grocery bags for military families at Christmas time.  Eventually the effort evolved into raising money for grocery store gift cards instead of heavy grocery bags and the program was folded into the Victory Fund.  Christmas 2018, one thousand young Marine families received a $100 grocery gift card.

Due to the success of Nice Guys Victory Fund, a separate national fund was initiated by wives of active duty Marines.  With technical assistance from the Nice Guys, the Marines Semper Fi Fund was created to help injured Marines nationwide.

Please direct inquires or donations to: